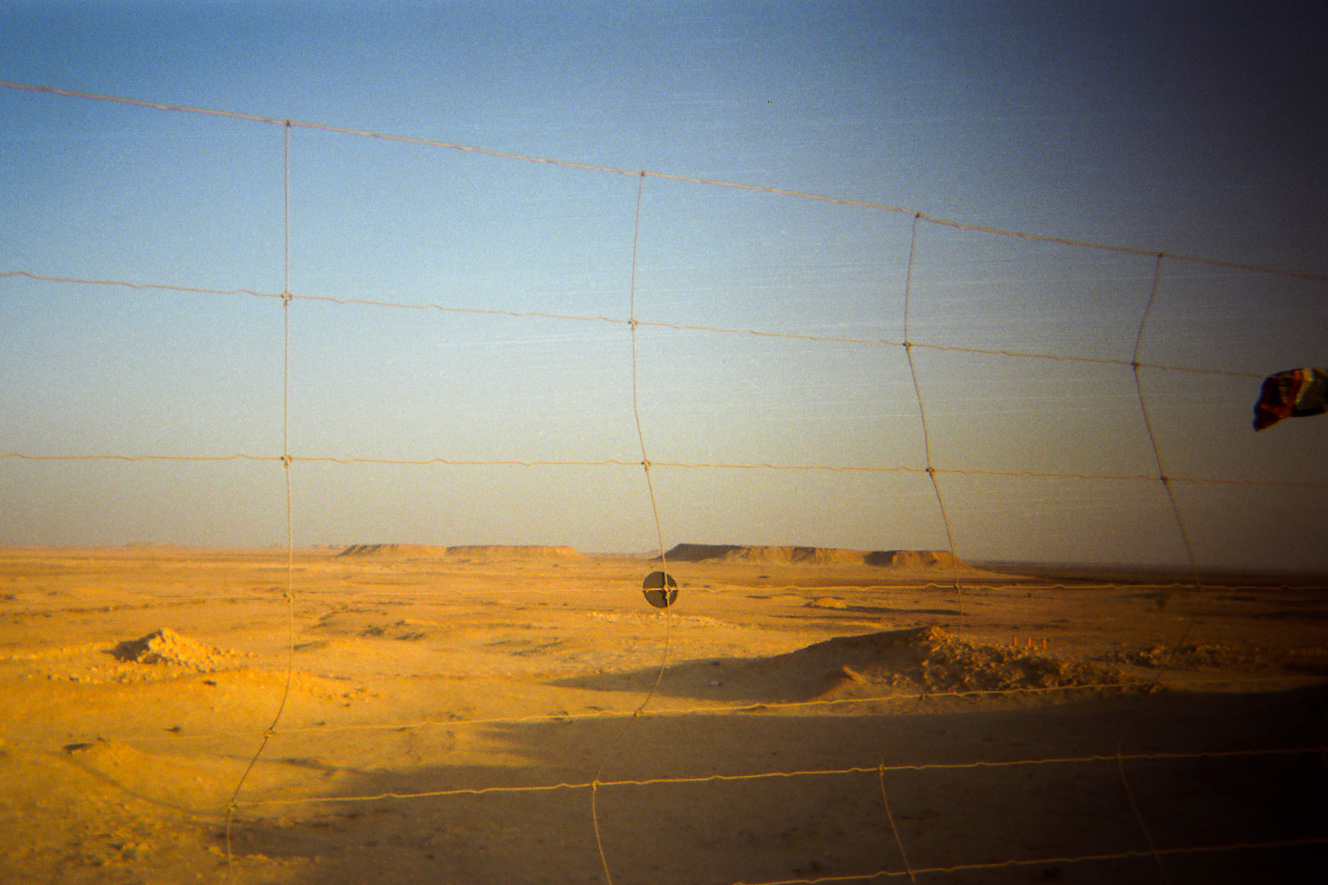 Turkish President Recep Tayyip Erdoğan and Qatari Emir Sheikh Tamim Bin Hamad Al Thani are not just political allies, but business partners. Turkey relies on Qatar for financial support as much as Qatar relies on Turkey for protection; it is a relationship of convenience, but also profit. This high-level self-enrichment is evident in the militarist values deeply entrenched in the relationship.

Turkish-Qatari cooperation was initially motivated by Turkey’s desire for further visibility in the Gulf region in order to demonstrate their influence, power, and to advertise that Ankara is open for economic engagement and power sharing. Fuelled by shared ideological commitments, Turkish-Qatari cooperation extends into a variety of economic sectors and policy domains, such as business and tourism. However, more recently, this alliance has shifted further from economic policy towards militarism.

Broadly speaking, militarism is the belief that a country should maintain a strong military capability. The process of militarisation is the cultural, symbolic and material preparation for war and the extension of military influence into the social, political and economic spheres (Centre for Feminist Foreign Policy). In short, studies show that the more money allocated to defence and security (rather than to welfare and/or tackling the climate emergency), the more likely opportunities of corruption are to take place. Where militarisation occurs, corruption follows.

The Corruption Tracker is a database documenting corruption in the bilateral or multilateral trade of conventional weapons. To narrow our investigation and keep our records consistent, we use arms transfers as the epicentre of each case, but corruption, of course, spreads across many forms of militarism. As a nation strengthens its military through increased defence spending, the endemic nature of corruption by politicians and senior government officials easily shifts across using the components of militarisation by which they control as an opportunity for private gain.

Usually, corruption in defence contracts is initiated by the richer Global North and inflicted on, and thereafter institutionalised, across the Global South. In this case, our assessment focuses on corruption in Turkey and Qatar, two economically isolated nations. The pair have agreements to construct new military bases in Qatar, to station Turkish military personnel and to train Qatari troops, which gives opportunity to widespread corruption.

In 2011, the Arab Uprisings gave Turkey and Qatar the opportunity to push a shared agenda across the region (Yüksel and Tekineş 2021:4). Both states share an affinity for Sunni political Islamism, something that shapes their regional engagement (Yildiz 2021). In 2017, a shift in power ensued when Turkey began to substantially expand its cooperation with Qatar. The Emirate became vulnerable as a result of a blockade introduced by its neighbouring Gulf states due to its support for post-Arab Spring Muslim Brotherhood governments in Tunisia and Egypt. Subsequently, Qatar became highly reliant on outside assistance for food supplies, regional security and against internal coup threats, while Turkey provided added security.

As of January 2021, the blockade is over, but unresolved sources of friction remain between Qatar and the blockading states. Foreign policy differences towards Iran and Turkey, as well as the ongoing rivalry between the UAE and Qatar over Islamist civil society movements, are some of the core differences leading to continued mistrust. This mistrust leads to insecurity and the process of militarisation in Qatar, as well as an economic benefit for their ally, Turkey.

According to SIPRI’s 2022 report on global military expenditure, Qatar’s military spending reached $11.6 billion in 2021, making it the fifth largest spender in the Middle East, a significant figure given the country’s population: merely 3 million people. This marks a 434% increase from 2010, when the country last released spending data (SIPRI 2022). This comes as a huge economic benefit to Turkey. Qatar happens to be Turkey’s third largest arms importer, with the Turkish Defence and Aerospace Industries sector exporting $180.5 million to the country in 2021.

Turkey, a large nation of around 85 million people, is extremely cash-strapped since being placed under United States sanctions by the Trump administration in December 2020 in relation to the procurement of Russian S-400 air defence missile systems from Rosoboronexport, Russia’s main arms export entity. Turkey’s domestic investments are now guaranteed through a cash infusion from Qatar.

Another addition to Turkey’s economic uncertainty is the Russian invasion of Ukraine. The invasion poses a new set of increasingly complex challenges for Turkey in the international context. Turkey has the second largest army in the NATO alliance in terms of military personnel, with over 445,000 personnel (Szmigiera 2022). Turkey finds itself caught in the middle, an unfriendly position to be in between its international counterparts NATO and Russia, which inherently gives Erdoğan new responsibilities as mediator under global pressure, meaning economic support from Qatar has become even more crucial.

However, this new militaristic relation has opened the door to various allegations of corruption.

In March 2015, Turkey approved the construction of a military base in Qatar, aiming to station 3,000 Turkish ground troops in order to confront “common enemies”. Bribe payments towards a senior politician, a close associate of President Erdoğan, were later exposed, having been used to fast-track the deal.

The Nordic Monitor, a Stockholm-based research network, exposed a 19-page intelligence report which was brought as evidence in a Turkish court by Rear Admiral Sinan Surer, the former Turkish military chief for external intelligence, during his testimony over his alleged role in the failed Gulen Movement military coup of 2016. This report, sourced from Turkey’s MIT intelligence agency, alleged that a senior member of President Recep Tayyip Erdoğan‘s Justice and Development Party (AKP) received a bribe from Qatari intelligence in order to secure the military base contract. This senior member was Ahmet Berat Çonkar, former Chairman of the Turkish Parliament’s Foreign Affairs Committee. He allegedly received a $65 million bribe from Qatar to fast track the deal through Turkey’s parliament.

The pro-Erdoğan, government-controlled media covered up bribery allegations against Çonkar and defamed the evidence brought against him (Naar 2020a). In June 2019, Surer was convicted by an unfair trial marred by numerous violations of due process, dubious evidence and the denial to an effective defence. He was ordered to serve 141 life sentences for his part in the defeated coup. His appeal is currently pending.

This case highlights the complete failure in accountability and transparency behind the deal, while the profiting political elite hold the power to not only escape allegations, but to prosecute and convict individuals willing to expose their shady practice. Due to profiteers of militarisation processes holding positions of power that come with extensive barriers of protection, this form of corruption continues.

In March 2018, another agreement was finalised to establish a military base in Qatar. The military training facility, called ‘BUROQ Special Marine Operations’, was to be located in the north-western region of Zekreet. This military base provides training on infiltration and enhancing Special Force capabilities, overseeing the construction and operation of weapons and ammunition depots and services all types of contracts with army, air and naval bases. It was allowed to import and export all material necessary to pursue its stated objectives. Modern Defense Solutions (MDS) landed the $400 million contract only four months after declaring its capital investment upon business registration as a mere $28,000 in November 2017. It had no previous experience in any of the military duties required in satisfying the services of the contract. One would therefore assume that political cover helped MDS secure the multi-million contract.

According to Said Sefa, a Canadian-based Turkish journalist, MDS and other outfits were part of grand scheme to launder money, enrich President Erdoğan’s family and help facilitate monetary transfers between Turkey and Qatar by various means. A large number of military tenders and defence contracts were in fact offered to MDS and its affiliated firms by the Turkish Armed Forces at inflated prices, with kickbacks from these contracts ending up in the hands of President Erdoğan and his cronies to finance various operations, including Erdoğan’s election campaign. Sefa believes this deal constitutes a fraction of the billions of dollars so far stashed in Qatari banks by caretakers for Erdoğan (Bozkurt 2021).

In August 2020, under allegations of corruption, MDS moved their headquarters to Ankara. The board of directors was publicly reshuffled with shares sold to new companies owned by the original shareholders.

In addition to these two cases, the upcoming World Cup provides further opportunities for militarism between Turkey and Qatar.

In December 2010, Qatar won a controversial bid to host the upcoming FIFA World Cup, scheduled for November 2022. The bid itself has come under scrutiny, as Qatar was accused of paying $3.7 million in bribes to FIFA officials to secure their vote. The decision has also been heavily criticised, with Qatar being accused of ‘sports-washing’, a process in which sports is used to improve a tarnished reputation and/or cover up any existing human rights abuses. In particular, reports have emerged of ill-treatment of migrant workers hired to construct stadiums for the tournament, including onsite deaths.

According to a bilateral security protocol signed on December 7, 2021, security operations for the tournament are now the responsibility of Turkish police. Turkey is to send 3,250 police officers to Qatar for the duration of the World Cup. This security protocol includes the notorious Turkish elite police unit, the Special Forces Command. The Turkish national police are notorious for their disproportionate use of force during public events, such as the tear-gassing of protestors at a recent women’s rights demonstration in Istanbul. They have also been accused of human rights violations, particularly in areas heavily populated by Kurds. The Nordic Monitor has questioned the fact that Turkish police, also known for using violence against football hooliganism in Turkey, are able to handle security at an event as high-profile as the World Cup.

With a history of Erdoğan corrupting Turkey’s national police force for his own petty interests, it would hardly be a surprise if he received some form of kickbacks in relation to the deal. The tournament’s hyper-militarisation is a sign of Turkey and Qatar’s regional aims: through a display of strength, power, and militarism, the pair seek to showcase their newfound friendship to the world. Hosting the world’s largest spectator sport event, will no doubt bring an increased visibility to the Turkey-Qatar relationship.

These two military corruption cases alongside the World Cup security agreement show how corruption in the defence sector expands beyond the arms trade; militarism in all forms provides opportunities for self-enrichment in the political sphere and beyond, particularly where there is deep-rooted, mutual dependency between allies.

Bozkurt, A. (2020a, September 1). Turkish Gov’t disinformation campaign with fake stories planted in the media exposed in court. Nordic Monitor. Available at: https://nordicmonitor.com/2020/08/erdogan-govt-disinformation-campaign-exposed-during-the-court-hearing-in-turkey/

Bozkurt, A. (2021, July 15). Erdoğan, his associates enriched themselves on back of Turkey-Qatari military, defense deals. Available at: https://nordicmonitor.com/2021/07/erdogan-his-associates-enriched-themselves-on-back-of-turkey-qatari-military-and-dense-deals/

Ramani, S. (2021, January 27). The Qatar Blockade Is Over, but the Gulf Crisis Lives On. Foreign Policy. Available at: https://foreignpolicy.com/2021/01/27/qatar-blockade-gcc-divisions-turkey-libya-palestine/