Towards Another Paradigm for the Analysis of Corruption: Airbus and the “Coloniality of Power” 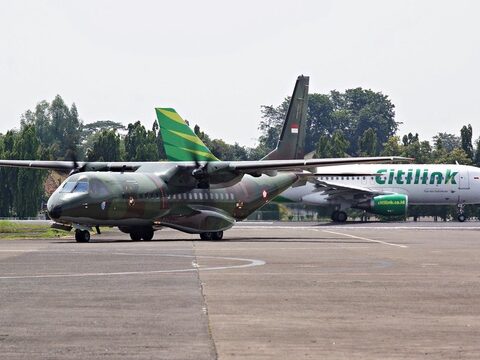 “All of the Western nations have been caught in a lie, the lie of their pretended humanism; this means that their history has no moral justification, and that the West has no moral authority.”

In January 2020, Airbus, a European aerospace manufacturer, agreed to a nearly $4 billion settlement with the United States Department of Justice (DOJ), the United Kingdom’s Serious Fraud Office (SFO), and France’s financial prosecutor, Parquet National Financier (PNF) for its engagement in a long-running corruption scheme involving commercial and defense aircraft or satellite sales. According to the New York Times, the scheme involved at least nineteen countries, including Vietnam, Austria, Indonesia, and Ghana. Airbus used third-party intermediaries, fraudulent contracts, and bank accounts that were not registered as belonging to the company to funnel money into the hands of government officials, airline executives, and their relatives in order to secure billions of dollars in orders.

U.S. Attorney Jessie K. Liu states, “Through bribes, Airbus allowed rampant corruption to invade the U.S. system. Additionally, Airbus falsely reported information about their conduct to the U.S. government for more than five years in order to gain valuable licenses to export U.S. military technology.  This case exemplifies the ability of our prosecutors and law enforcement to work with our foreign counterparts to ensure that corruption around the world is prevented and punished at the highest levels.” This narrative, that the West is single-handedly preventing and addressing corruption within the arms trade, is not only false, but also fails to capture and confront the strategic ways in which the “Global North” creates and maintains corruption networks as well as armed conflicts.

The Airbus case illustrates endemic issues with how we talk about and conceive of corruption: where and how it takes place, and who gets punished for it. This article explores corruption in the arms trade through the theoretical lens of decoloniality, acknowledging the need for meaningful enforcement mechanisms while illuminating the ways in which the colonial oppressive system continues to reinforce a North-South hierarchy.

Evidence gathered by the DOJ, SFO, and PFN has been used to aid domestic criminal justice systems in their investigations of prominent actors involved in the Airbus bribery scheme. In Ghana, Airbus worked with two intermediaries, allegedly Samuel Adam Foster (aka Samuel Adam Mahama) and Phillip Middlemiss, to conceal at least €5 million in bribes for three C-295s. Foster is the brother of former President John Dramani Mahama, who is ostensibly the government official that is involved in the purchase of these aircraft. In February 2020, Ghana’s first Special Prosecutor, Martin Amidu, opened an investigation into corruption and corruption-related offenses of bribery of public officers and the use of public office by public officers for private profit. If found guilty under s239 of the Ghanaian Criminal Code, Mahama could be imprisoned for up to twenty-five years.

Under the terms of the Deferred Prosecution Agreements (DPAs), Airbus itself avoids criminal conviction, however, individuals responsible for wrongdoing can still be investigated and prosecuted. Reports claim that over one hundred Airbus employees have been terminated for their involvement in the corruption scheme, but no employees have been prosecuted thus far. Despite the origin of the corruption demands beginning in the West, countries placed under the blanket categorization of the “Global South” seem to endure the most severe forms of harm, whether it be punitive individual consequences or the catastrophic effects of armed conflict.

Over one hundred Airbus employees were involved in the Airbus bribery scheme. However, as noted above, Airbus was able to curb individual responsibility for misconduct because the corporation has enough power and influence in the US, UK, and France to protect itself with a settlement. As exemplified in the both the Ghana and Indonesia cases, corruption networks between the “Global North” and “Global South” might seem to benefit transnational actors equally, when it is time for legal repercussions, we go back to the same hierarchy that places the “Global South” at the bottom and the “Global North” at the top. Consequently, it is often those at the bottom of that hierarchy that face the justice system, while those that are at the top of the hierarchy continue partaking in corruption with complete impunity.

Corruption and the “Coloniality of Power:”

Examining the “Global North,” with their supposed functioning liberal democratic institutions, as fundamentally less corrupt than countries in the “Global South” is problematic as it assumes that non-Western countries are more susceptible to corrupt practices because their governments and economies are inherently uncivilized. To think with a lens of decoloniality is to recognize that colonization is an ongoing phenomenon that has its beginnings in the “discovery” of the Americas in 1492, and the subsequent systems of imperial expansion that accrued afterwards. It is propped up by various interlocking systems of domination, such as neoliberal capitalism[1], liberal democracy[2], and colonial international institutions[3], that have facilitated the emergence of our current system, otherwise known as what Anibal Quijano terms “coloniality” or the “coloniality of power”. In other words, coloniality is a system of management that operates by commanding the economy, authority, knowledge, and subjectivities.

Understanding corruption as a symptom of colonialism is key in exposing how corporations, such as Airbus, are able to skirt forms of accountability by relying on the structures that led to this notion of civility to begin with. Throughout the investigation, Airbus was praised for their cooperation with the authorities while intermediaries were framed as “national security threat[s] to both the U.S. and their allies.” While the transnational elite (that are stratified based on race, ethnic identity, gender, sexuality, etc.) may temporarily benefit from corrupt arms deals, there is still a structure in place (based on the inferiorization of “the other”) that contributes to a coloniality of power when it comes to accountability. “Global North” countries continue to profit off of the destabilization of the “Global South” while also claiming a narrative of goodness. As mentioned above, the Airbus executives and employees involved in these sales faced no individual repercussions. Such impunity maintains, regulates and reproduces, a global arms trade that favors elites of the “Global North” and their respective states. This phenomenon ultimately benefits those who have access to resources and, furthermore, who are capable of using ‘security and defense’ as political clout.

What does the face of a colonizer look like when it is represented by corporations? Transnational corporations that not only have one sole face but many, represented by a network of political and economic elites, situated both in the “Global North” and “Global South”, and acting together to maintain and benefit from the capitalist status quo. Corporations are often viewed as purely economic entities, but in today’s context, they often advance the political and economic interests of states as well. This leads to a system where no state or legal institution can have full power over the decisions or actions of corporations, making it impossible for them to be fully controlled. In the case of Airbus, the prosecution used a “representative sample of the markets and concerns involved”, which may have facilitated a more manageable investigation, but prevented the corporation from full legal responsibility. Additionally, the use of the DPAs allowed the corporation to avoid the public scrutiny of being tried for the crimes committed. Last, DPAs grant states the ability to continue to order commercial and defense products from the corporation while they are essentially put on probation. States are reluctant to implement meaningful mechanisms of control, because if they do, they would be challenging the very status quo that they benefit from. In fact, some cases of the UK, US, and France, the controls also allow latitude for deals to more forward[4]. Thus, the blatant failure of US export laws afforded Airbus the ability to falsely report their conduct for over five years before being caught.

Decoloniality Needs to be More than a Future Buzzword:

A decolonial paradigm, in the analysis of the Airbus cases, centers the view of coloniality as a multifaceted and intersectional force that seeks to disrupt the stability of states in the “Global South”. Deploying decoloniality as a framework of analysis makes it possible for us to understand, make visible, and unsettle a system of domination which continues to reproduce itself. Neoliberal capitalism is, at its crux, a globalized economic and ontological framework that privileges free market ideology and capital accumulation. Yet, as highlighted above, neoliberalism’s unavoidable unity with coloniality creates the illusion of freedom of exchange on equal terms, while in reality reproducing unequal relations between actors.

The US, UK, and France were praised for their transnational cooperation in the Airbus corruption scheme, however, a closer look at the outcome of these cases unveils the unjust power relations between the actors in the “Global North” and the actors in the “Global South”. This is not to say that the transnational actors involved in these cases should not be held responsible for their exposed acts of corruption, instead these findings encourage us to reconsider how we might properly address the root of corruption, outside of our current structural impediments, and partake in justice-oriented mechanisms that remedy and prevent harm.

Decoloniality, instead of postcolonialism or anti-colonialism, is a constant process that not only provides a firm foundation for a rigorous analysis of global economic powers (and its multi-national actors) but also aims to confront colonial oppressive institutions in order to facilitate more inclusive and just societies. With regard to the Airbus corruption scheme, a decolonial approach illuminates our dire need to move beyond reformist reform[5] to dismantle the colonial oppressive system that upholds the global arms trade. It is imperative that we begin to collaboratively imagine transformative or restorative justice methods that address corruption as well as armed conflict, especially when millions of people, predominantly in the “Global South,” suffer the daily violence generated by corrupt business deals.

[1] Prabhat Patnaik defines “neoliberal capitalism” as “the phase of capitalism where restrictions on the global flows of commodities and capital, including capital in the form of finance, have been substantially removed. Since such removal happens under pressure from globally-mobile (or international) finance capital, neo-liberal capitalism is characterized by the hegemony of international finance capital, with which the big capitals in particular countries get integrated, and which ensures that a common set of ‘neo-liberal’ policies are pursued by all countries across the globe.”

[2] The European Center for Populism Studies defines “liberal democracy” as a “liberal political ideology and a form of government in which representative democracy operates under the principles of classical liberalism. It is characterized by elections between multiple distinct political parties, a separation of powers into different branches of government, the rule of law in everyday life as part of an open society, a market economy with private property and the equal protection of human rights, civil rights, civil liberties and political freedoms for all people. To define this system in practice is quite complex, for example, the majority of present-day liberal democracies protect property and political rights, but not civil rights.

[3] Woodrow Borah defines “colonial international institutions” as an organized society, or a form of social organization, or an established practice or custom, or a complex of attitudes that keep certain regions impoverished and subservient to other regions.

[5] André Gorz argues that reformist reforms continue to uphold the status quo and do not threaten the existing power structure. Thus, the end goal is never reform; it is transformation. Non-reformist reforms foster a more desirable outcome that “is conceived, not in terms of what is possible within the framework of a given system and administration, but in view of what should be made possible in terms of human needs and demands”.

Fanon, Frantz. The Wretched of the Earth: Tr. from the French by Constance Farrington. New York, NY: Grove Press, 1963.

“Ghana Faces Setback as UK SFO Drops All Charges against Airbus Suspect Due to Lack of Evidence.” GhanaWeb, September 4, 2021. https://www.ghanaweb.com/GhanaHomePage/NewsArchive/Ghana-faces-setback-as-UK-SFO-drops-all-charges-against-Airbus-suspect-due-to-lack-of-evidence-1348930.